focusing on building experiences on the physical/digital world, with particular emphasis on rapid prototyping in both hardware and software. 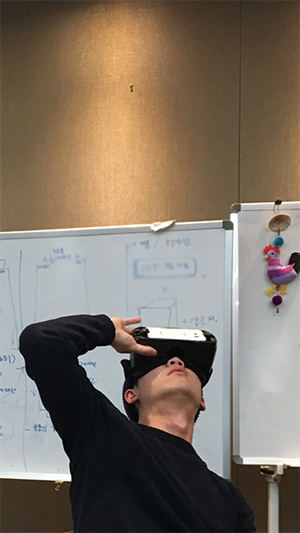 which means making these kind of stuffs very rapidly! 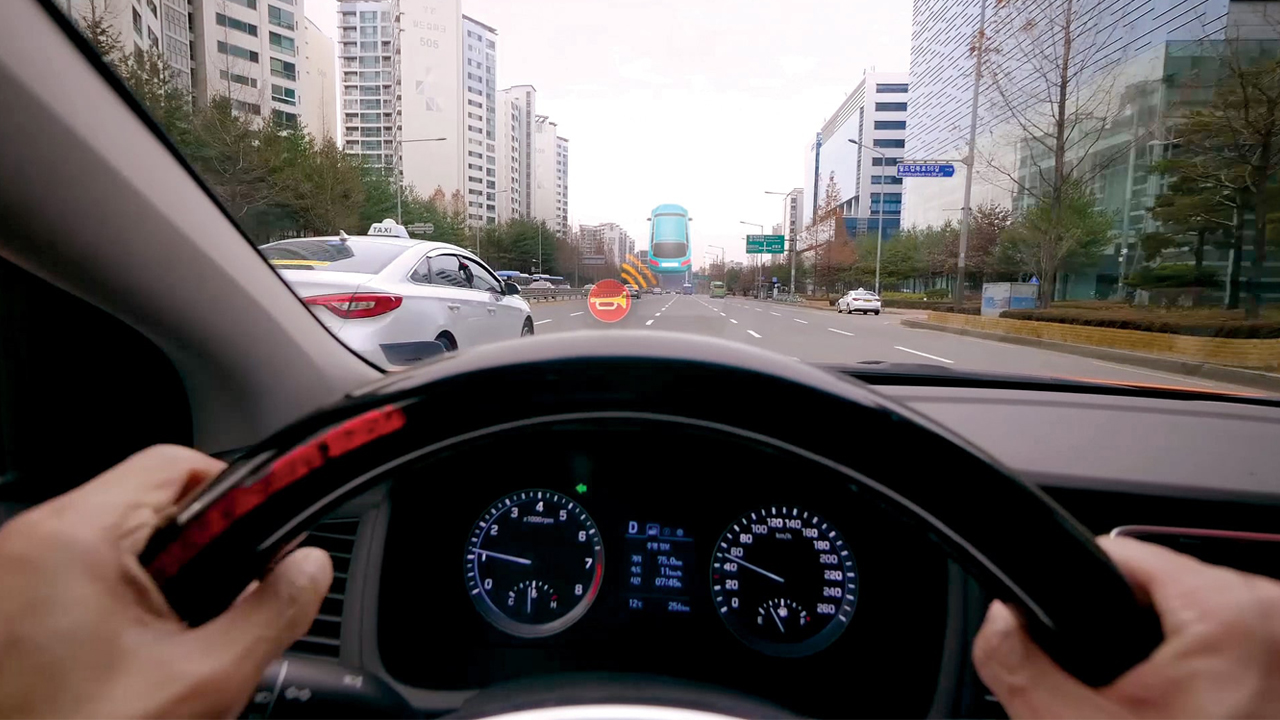 “The Quiet Taxi” features the story of Mr. Lee, Seoul’s first deaf taxi driver, whose taxi is equipped with innovative technology that assists his driving. The main technology behind The Quiet Taxi is detection of audio using sensors on the outside and AI analysis of sound patterns. The audio data is translated into tactile and visual cues and delivered to the driver. Deaf drivers have highly developed senses of touch and sight, as they are solely dependent on them. Hyundai’s goal for this campaign was to create a way of communication that translates sounds into visual and tactile feedback, to lessen the stress the hearing impaired face in driving. “The Quiet Taxi” campaign was watched by over 40% of Koreans. The project, which began with 1 driver, now oversees 12 deaf drivers operating in Seoul. “The Quiet Taxi” technology is expected to expand the employment possibilities for people with disabilities.

My role in this project was to design and develop the technology used for the project. At the beginning of the project, I involved in research to find a proper solution for the problem; to assist deaf taxi driver. I designed and developed an architecture of analysis system, a steering wheel that gives visual and tactile feedback to the driver and collaborate with the company which had relevant technology(HUD) to make a real product. 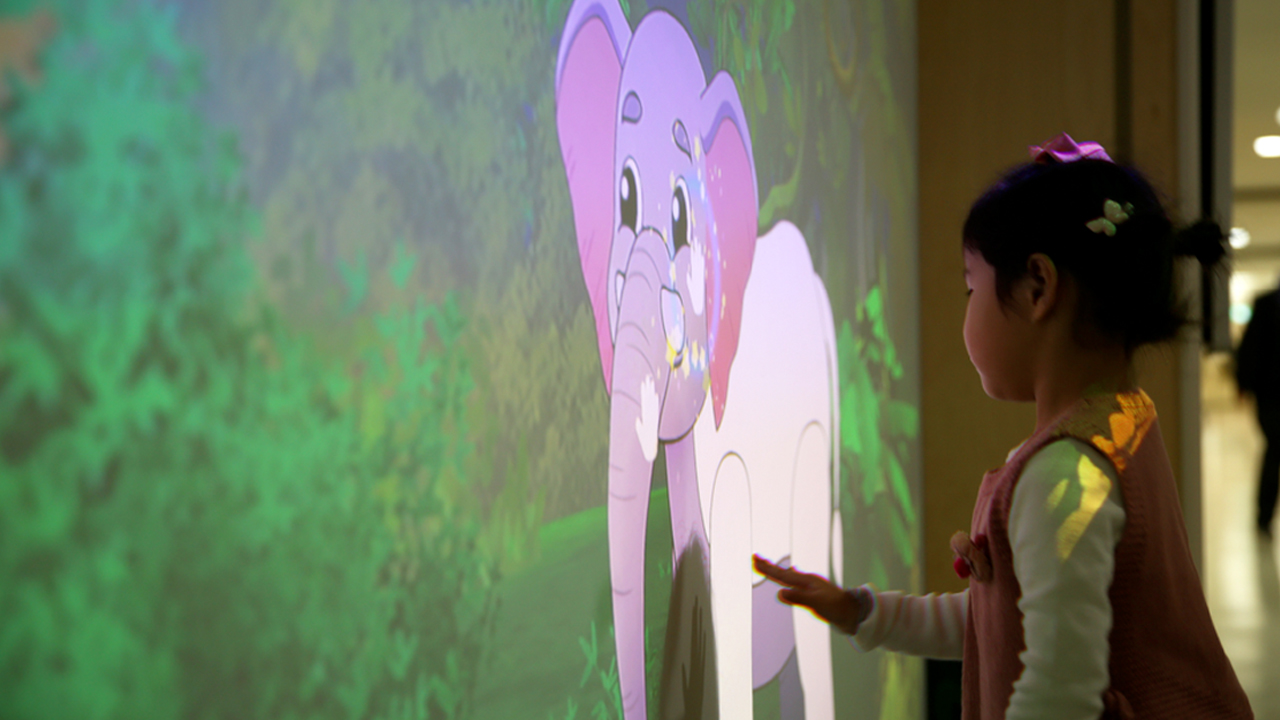 Average treatment period for children with cancer is two years and a half. Most of that time is spent on their beds, with only their smartphones and televisions to keep them company. The lack of physical activities, in turn, leads to mental stress that lessen the effectiveness of treatments. We wanted to build a special playground for the children that would boost their physique and lower stress, to help with their treatments. We focused on the fact that child patients have little to do but to be treated or to wait, inside the confines of a hospital. It was for this reason that Healing Jungle, the digital play wall, was installed in two of the biggest children’s hospitals in Korea.

I involved this project from the planning stage to developing and installing contents. At the beginning of the project, I participated in environmental research of child patient and reasoned out what contents about; a digital playground. After that, I dived into the technological part: developing an interaction program using 4 Kinects and projectors with a network system. 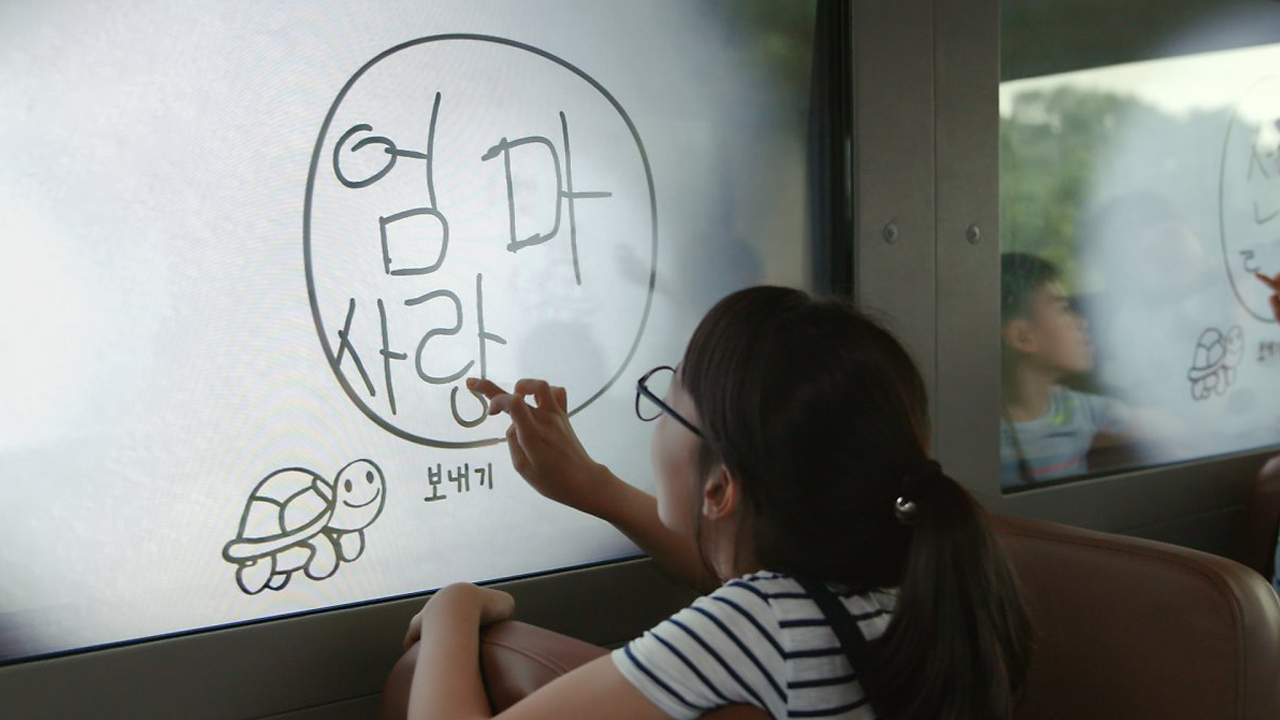 In Korea, special schools for students with impairments are considered NIMBY facilities. As such, not too many of those schools are in existence, and the hearing-impaired children are forced to attend schools far away from their homes. Their commutes are typically between 2 to 4 hours a day, in complete silence. HMG thought the no one should be excluded from the joy of riding its vehicles. That is why HMG decided that the boring commute hours of these students should be turned into something a lot more fun. This idea, in line with HMG’s vision ‘Together for a better future’, served to reinforce its image as a corporate that serves its social responsibilities, for everyone.

What I did on this project was to manage and plan modification work of the interior structure of a bus, to use transparent o-led(TOLED) inside of the bus. At the planning stage, I designed the specification of hardware; such as electricity, display guard and etc. And in the development process, to maximize the character of TOLED, I made prototypes of animation contents and designed and developed interaction system using infrared sensors. 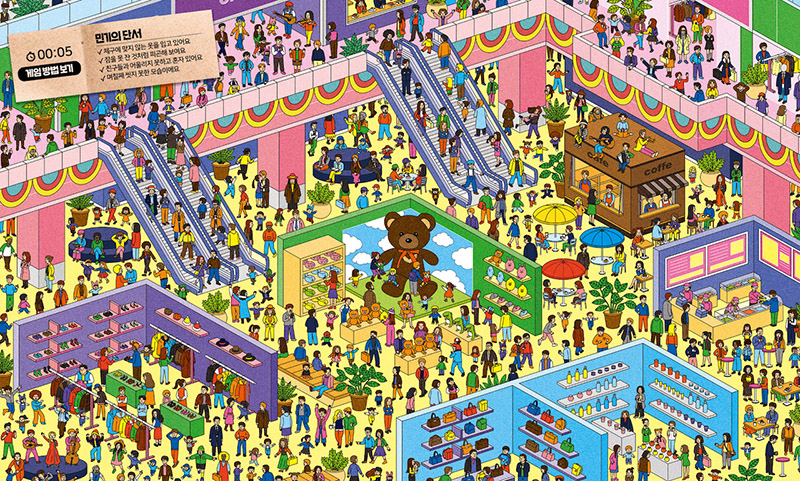 As a part of the Innocean Mentoring Course, the campaign is about a child-abusing and its detectable signs. The campaign focuses on effectively detecting the types and signs of child abuse while reminding that detection is precedence of reporting. The content is based on the popular book 'Where's Waldo(Wally)?'.

I participated in this project after their ideation, and realize and develop their idea into playable web contents. 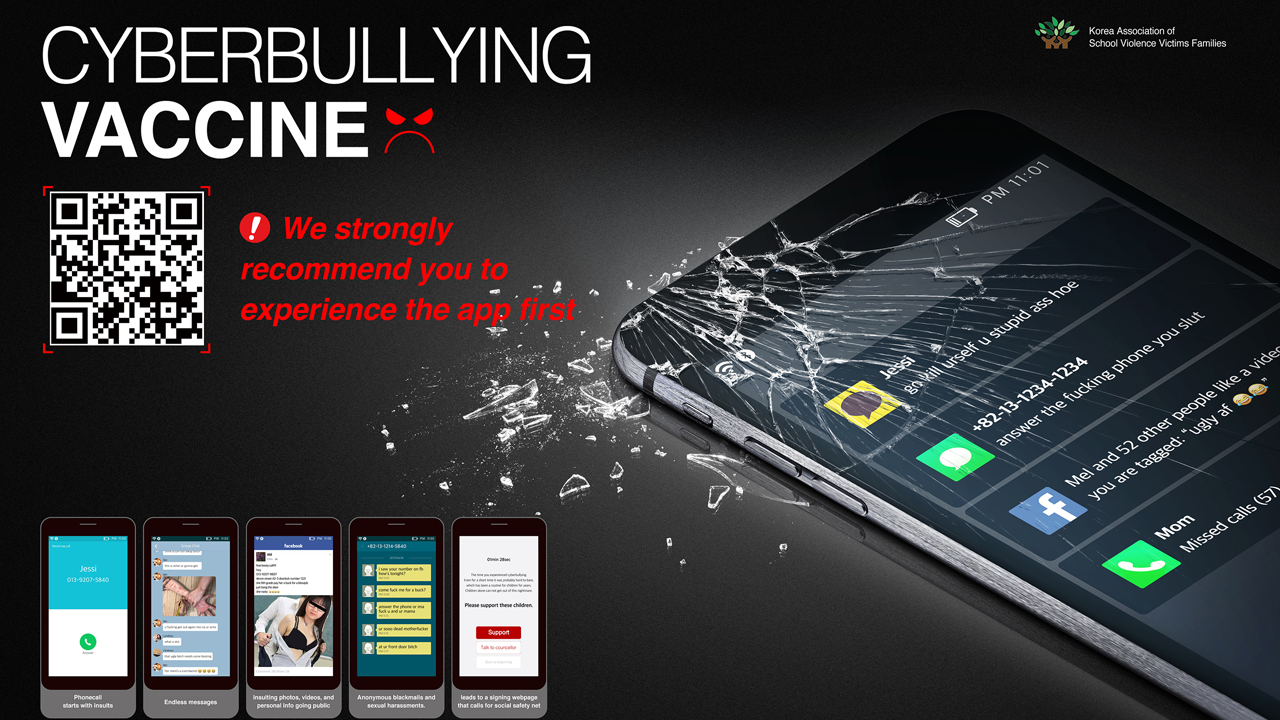 An application to simulate the experience of a victim of cyberbullying and make them realize the gravity of cyberbullying. The application went viral with user’s shock, and the app received wide media coverage in Korea. As a result, 19 parents and educational association including police agency joined the campaign. 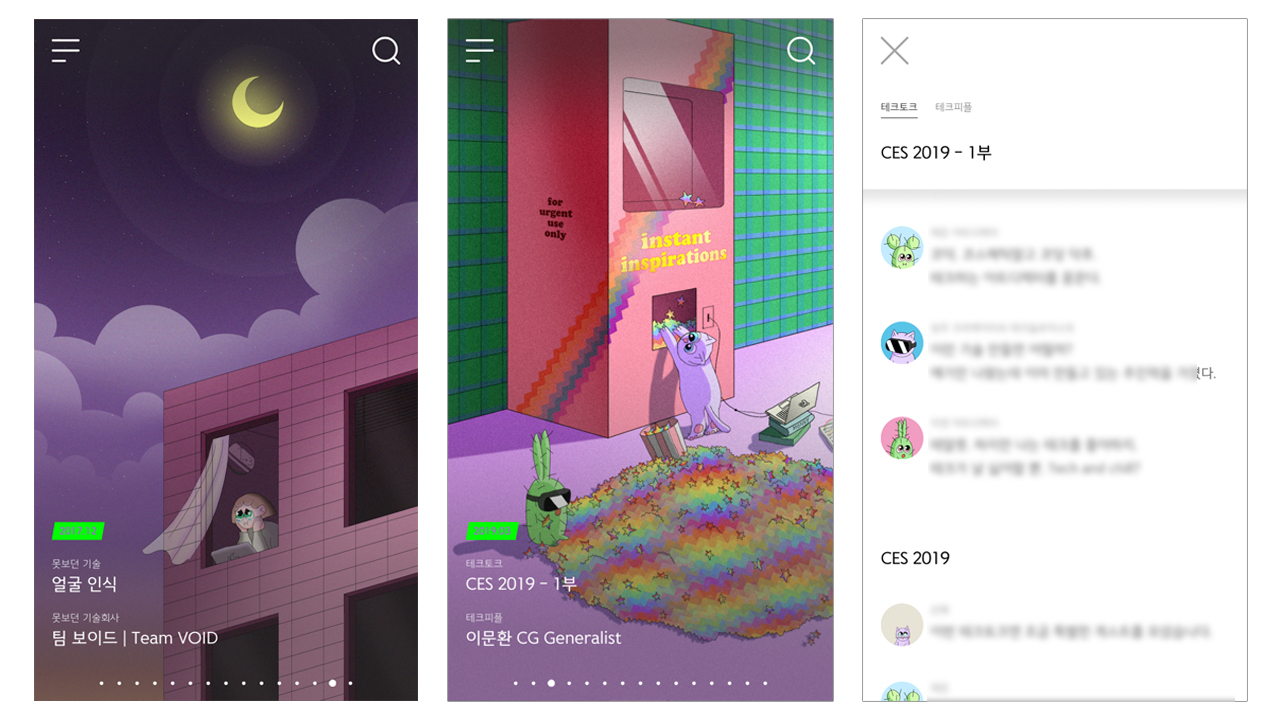 Monthly tech magazine for company. The missions of the magazine are research and technical development of prototypes coming out of ideation, ranging from blockchain examples to physical IoT devices and interview freelancers(artists, developers, and designers) who are likely to collaborate.

Mouse & Touch tracker with eyes. Prototype and experimental webpage animation. You can try it here: 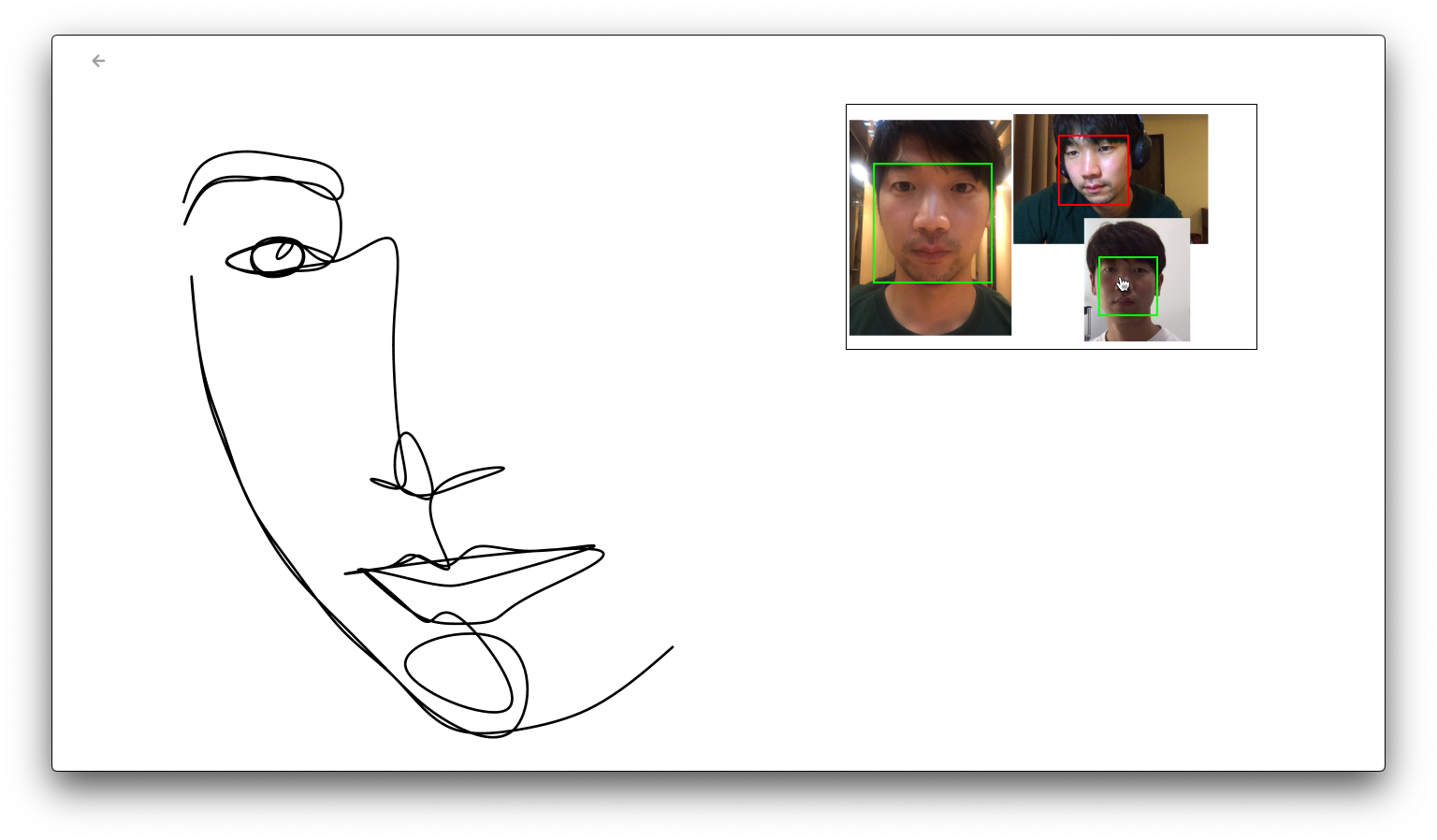 This page automatically find the face in the picture and draw it with a single line.


I used dlib engine for face recognition, and draw a line with d3.js 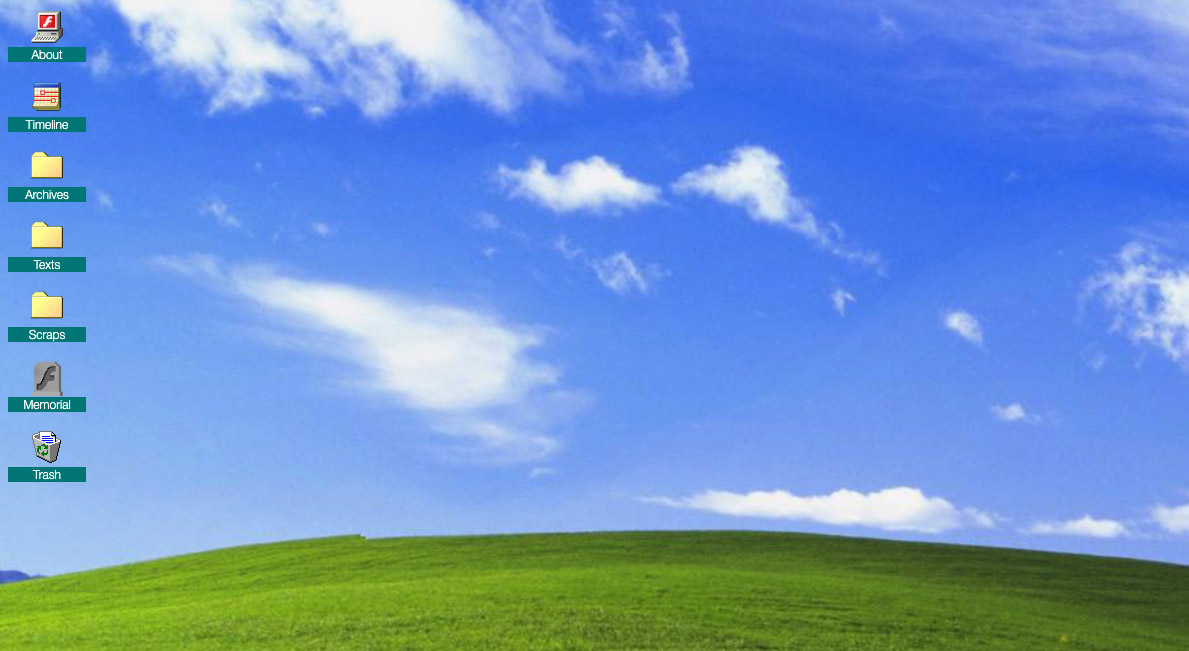 R.I.P. Flash Project researches the death of Flash and its impact on the web culture since the 2000s.

Many amateur creators in the 2000s built the web culture based upon a technical foundation of Flash. The flash animations and games they created made the web literally a playable place. Now, the imminent end of the flash service, the R.I.P. Flash project is about not only an exploring retrospective of the Flash but also excavating aesthetic-political possibilities and traces of their legacy.

In order to commemorate the planned death, we would like to share our thoughts on micro-history research on flash culture. The website created through this project will be an online memorial space and a basis for discourse to spread the history of Flash and related research.

I participated in this project as a web developer/web designer.

The whole view of installation is as below: 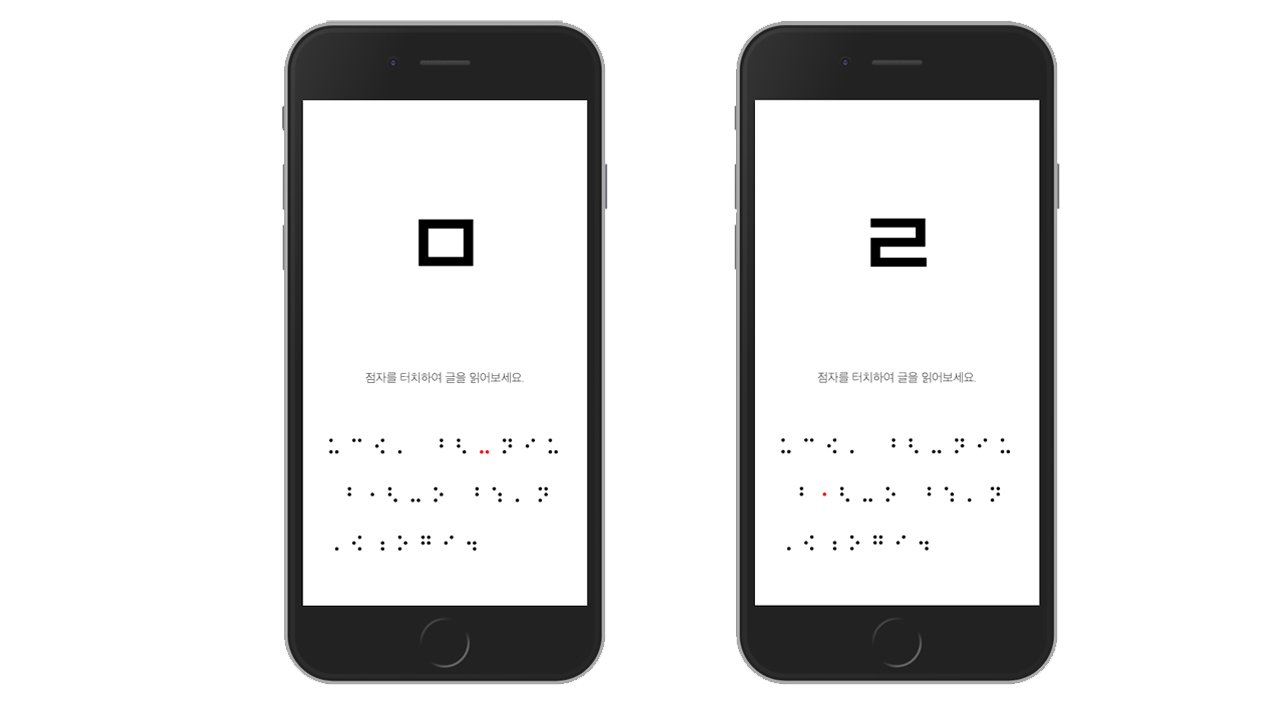 Webpage for simulating braille experience. When you touch braille it gives haptic feedback and shows what that braille means. You can try the prototype from below link:

Please note that this prototype is for mobile experience. If you are using desktop, then please try this with mobile simulator. 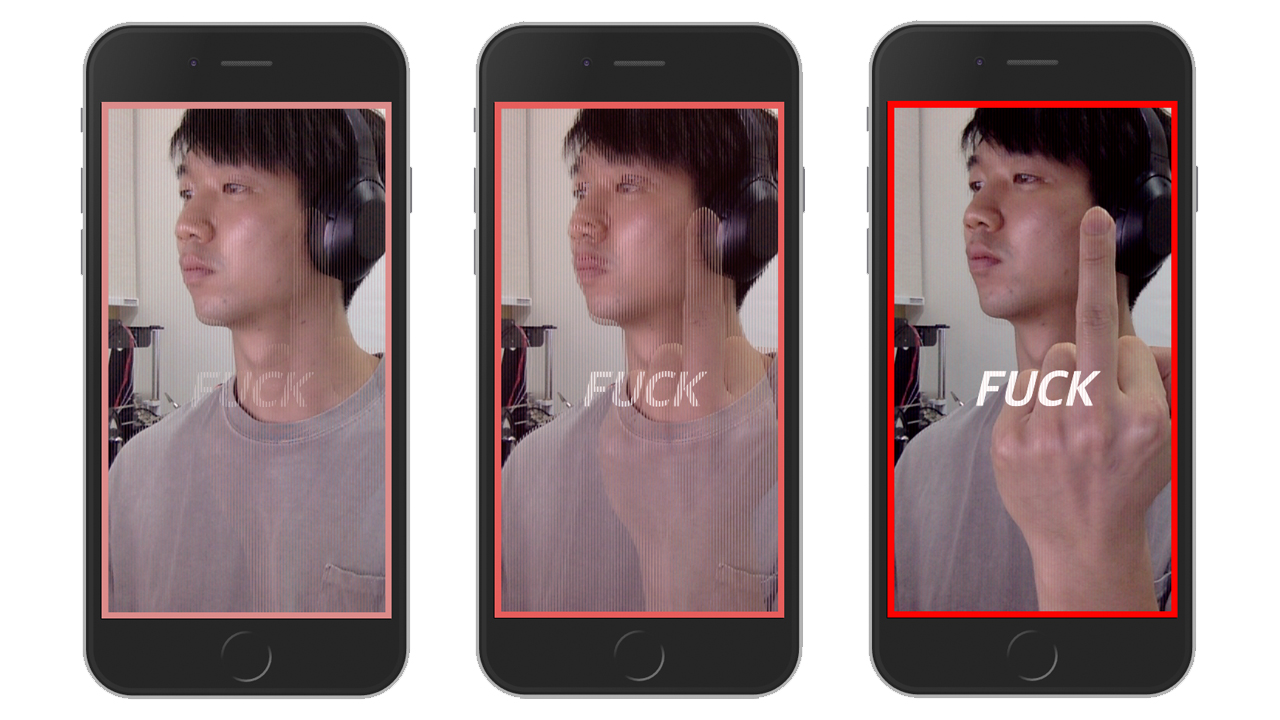 Webpage for simulating lenticular image. You can play the demo in here:

You can try it with pc but prefer mobile for proper interaction. 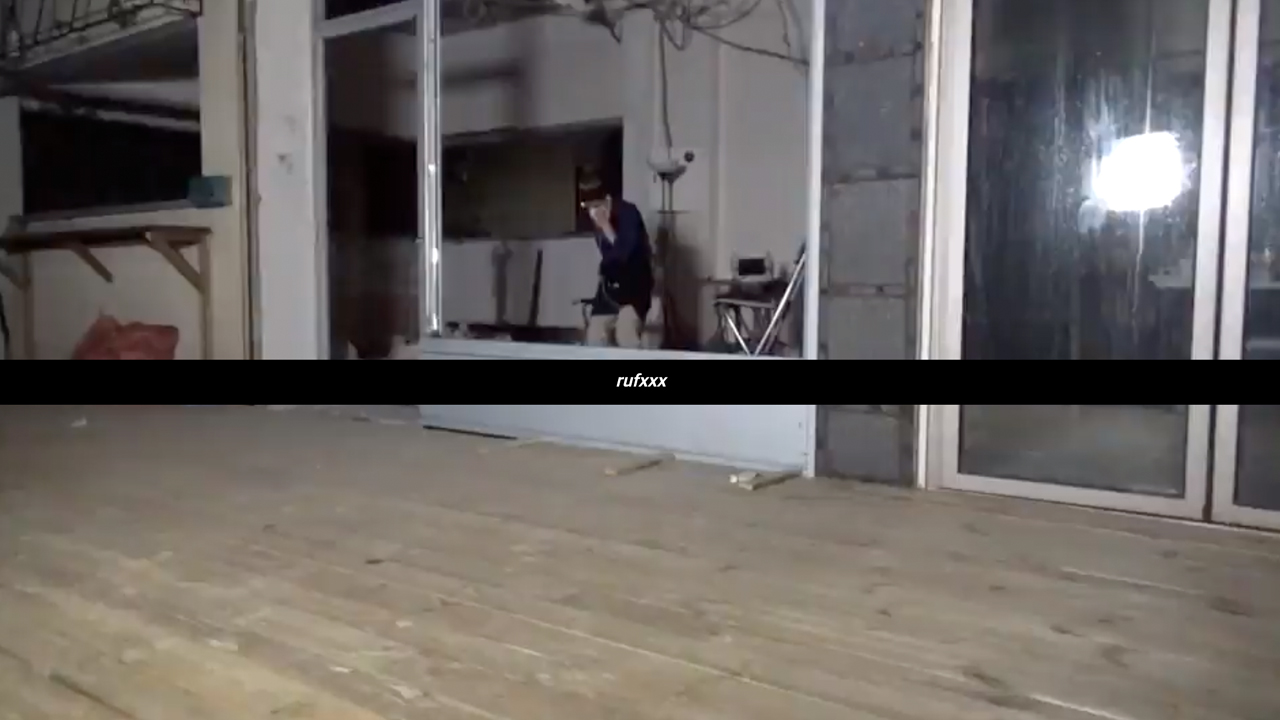 Please note that this demo only works in desktop browser.

Good for you and I don't care much. 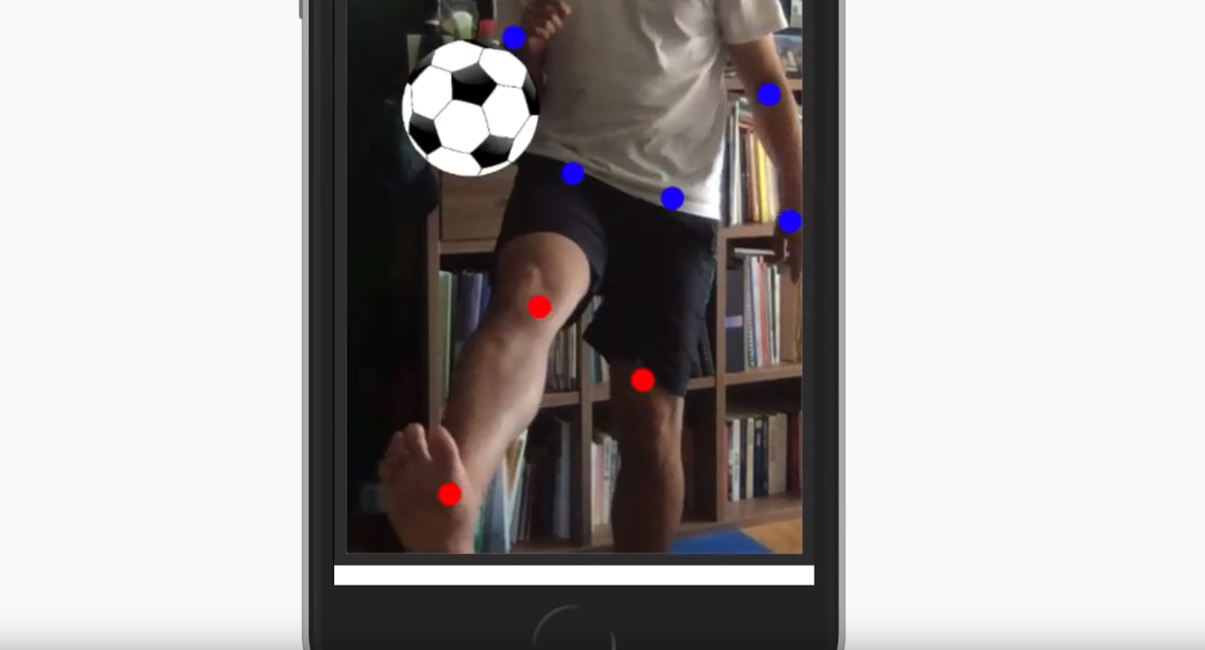 Korean to Braille Translator This is made because there was no open source Korean to braille translator on the internet. 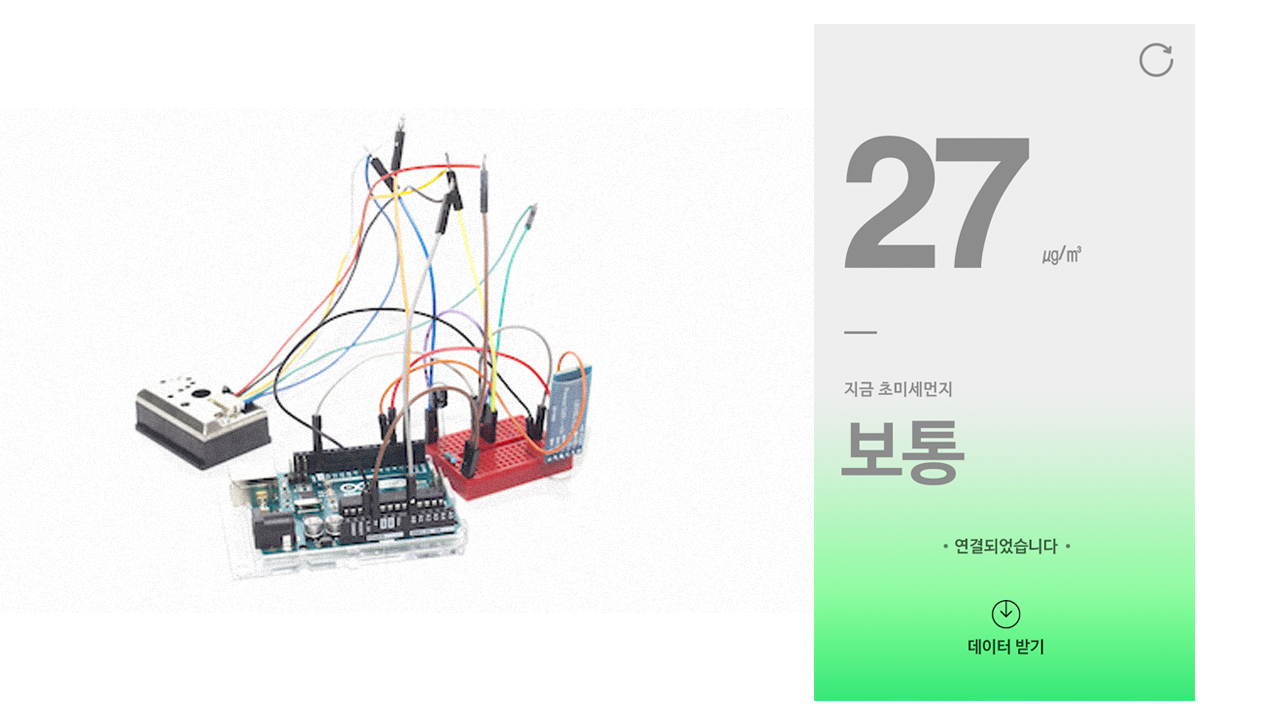 Yellow dust became a pretty big problem in Seoul, Korea. This prototype is designed for portable dust check module. It checks fine dust level in the air and shows through application in 30 secs. 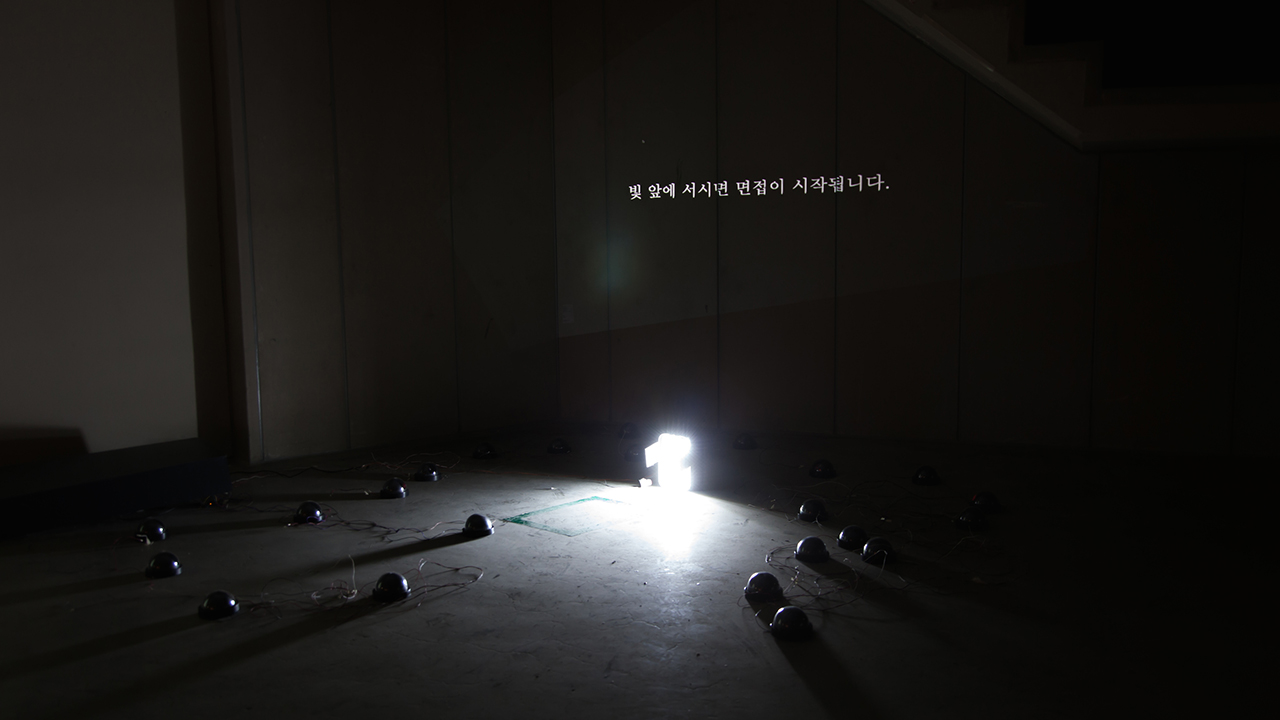 After getting some job interview I started to think am I alright or not. In Korea, many interviewers give some pressure to interviewees to test their durance for stress. Thus, many interview questions are not asking whether an interviewee has a good talent or potential but only privacy and bullshits. I recorded my job interviews and remade it to install work. When someone stands in the center of surveillance cameras interview get started. 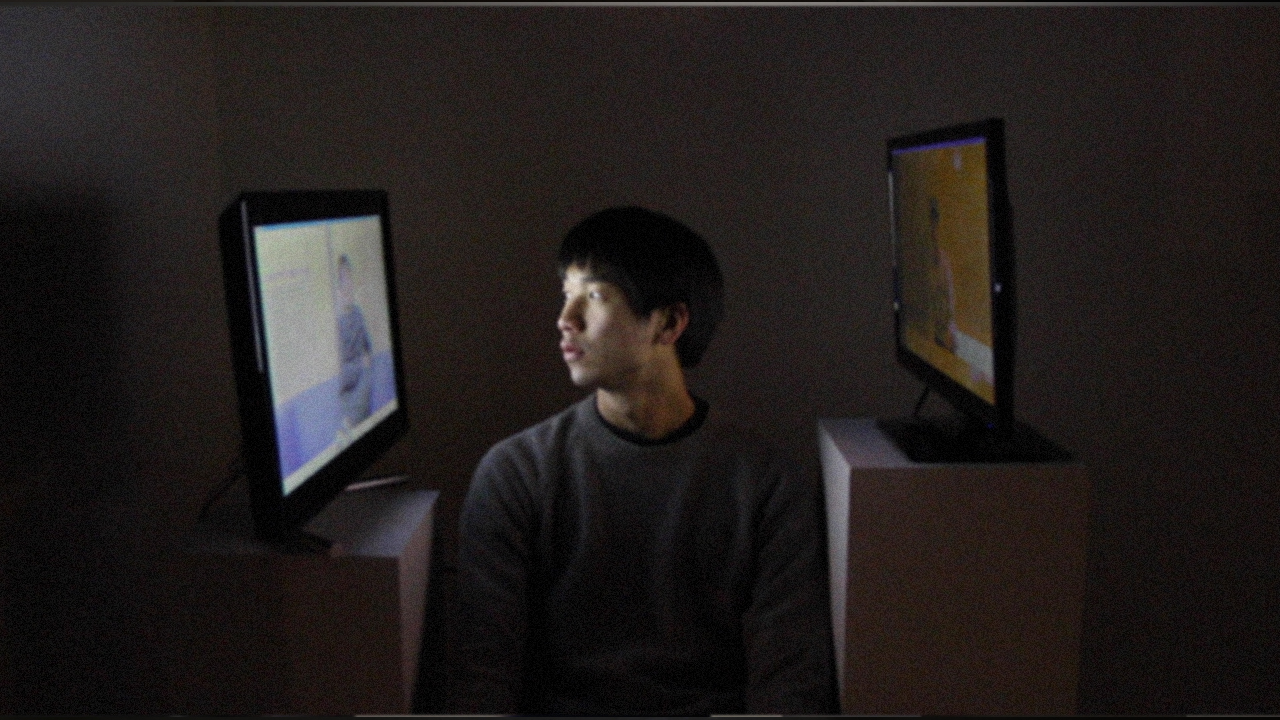 In communication, a media seems like a perfect transmitter of information, but there is a loss of data during a data-fication process. Install work ’In-Gan’ expressed the relationship between this media, human and communication. Before the audience intervenes, both images attempt to communicate with each other, but no conversation takes place. Then, when a person enters between images, the two images start to talk, but the story is not broken. When we translate the ‘In-Gan’(means human in Korean) into the Chinese character ‘人間’, it means between a person and the person. I reproduce the space between the person and the person, the media, and the media is directly intertwined. 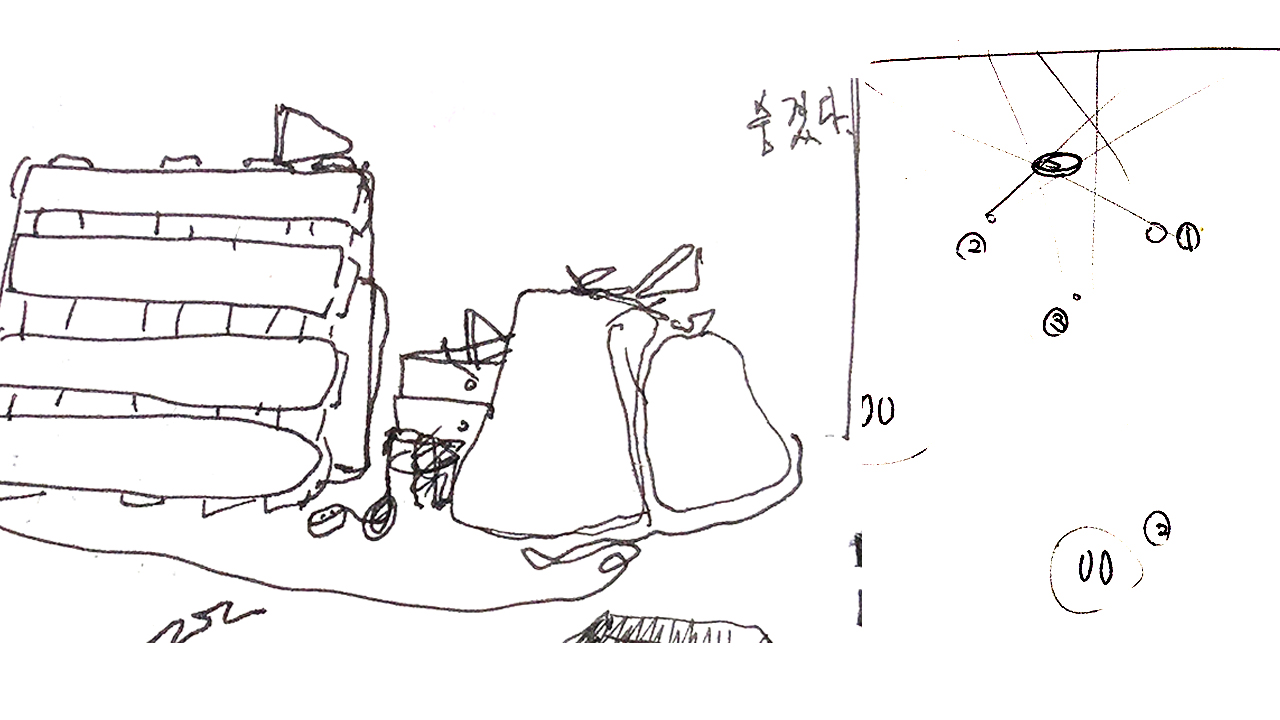 There is a story about blind men and an elephant. (https://en.wikipedia.org/wiki/Blind_men_and_an_elephant) Giving limited information on an object with sound and shadow using LED and distance sensors, When someone walks around the installed object, distance sensors detect where he or she is and turn on matched LED. The install will be placed in a random place such as a rubbish heap. 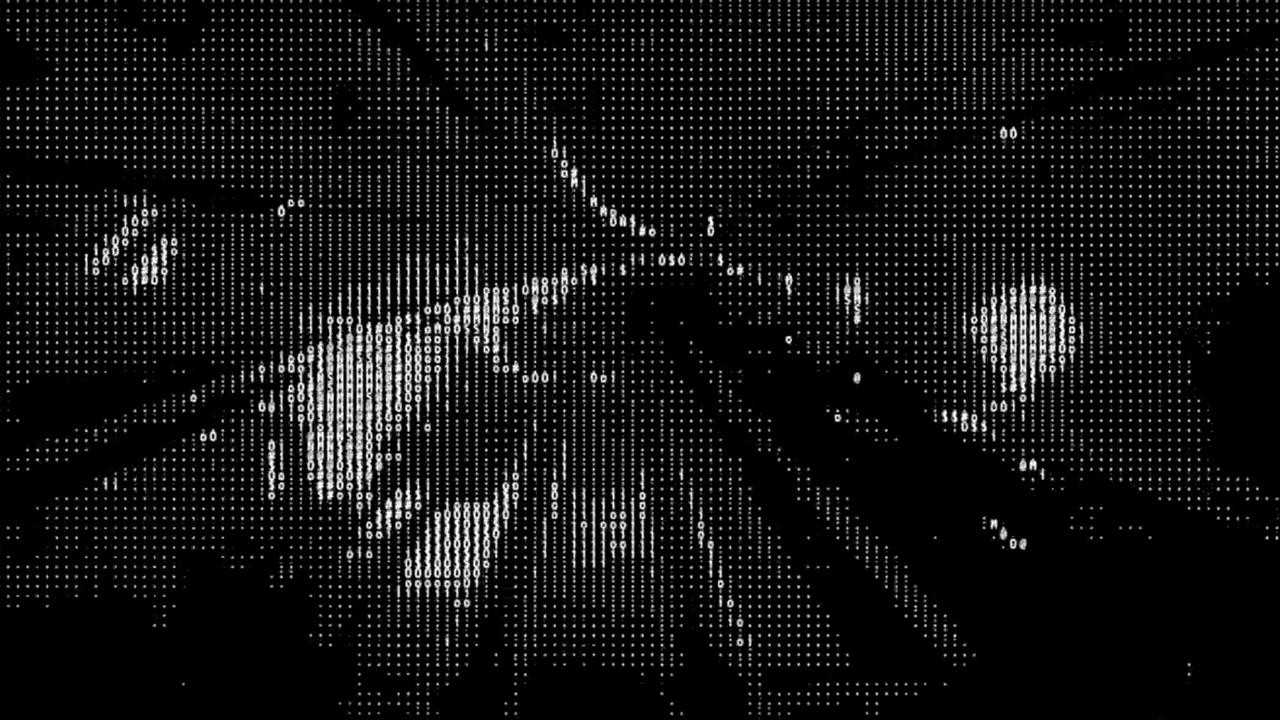 Make Asciifier for the video file and game console-UI video viewer for other artist's exhibition.

If you have interest in me, please check my CV on here.

You can contact me via email : hirekim2@gmail.com or linkedin!